Dear Readers,
It is with great excitement that I share the news: my latest book is now out! 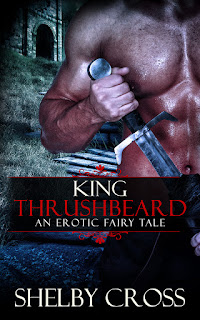 My other news is not so exciting. I tried updating my blog last week—including all my pages—and I ended up inadvertently planting bombs instead, killing a lot of my design and blog photos. I fixed what I could, and everything should be fine from here on out, but many of my previous entry photos are now kaput.
Bah. Bah and grr.

I'm traveling again this week (this summer is the "Summer of Travel," it feels like); when I get back, it'll be time to start outlining my next book.

I'll be visiting family while I'm away. You can look forward to blog posts about my religiously-conservative, ANTI-kink family.
Bah. Bah and grr.

Email ThisBlogThis!Share to TwitterShare to FacebookShare to Pinterest
Labels: Cause Not Everything Has to be Kink, On writing

Small Insight on How We Communicate

Hello From the Holy City (Double Entendre, That)

I'm writing this post to you guys from the Holy City of Jerusalem. Home of the Temple Mount, Dome of the Rock, where Jesus lived...sacred grounds.

I went to a rope munch here. It was awesome. Jerusalem is a surprisingly open city toward LGBTQ folk and others of a more kinky nature. It's not San Francisco of course—but still.
One thing I learned is how important it is to come to a new community with an open mind.

This rope munch was run differently than other rope munches I've attended. Rope was available for those who didn't have, books were on hand for those who wanted to learn, teachers were ready to lend some guidance...and the feeling of community and camaraderie was very strong.

There was no "universal safeword" here. I was kind of surprised to hear that. In my neck of the words, SAFEWORD is the word to use to get everyone's attention. (RED will also work, but will not always stop the scene immediately.)

In my community, we need this universal safeword because for the most part, people leave other people's scenes alone. We watch, we learn what we can from the peripheries; if we're invited to participate, then we get some hands-on interaction.

Not all of us will know each other. Many new people will show up once to a munch and never be seen again. Continuity is there to a certain degree, yes; but it ebbs and wanes.
We try to create safe space for people's scenes in a situation where we might not have any clue about the vast majority of scenes going on, or the people in them.

At the rope munch in Jerusalem, everyone knew each other—I was the odd kinkster out. And yet, if I had said "no I don't like that" to my partner, or "stop right now," that would have been enough to get everyone's ears perked up.

Apparently some of them had never seen a brat in action, either. This part got interesting I gotta say. When my partner started tying me, my mouth started running off, and people started glancing our way to look what was going on.

They had never watched a woman get tied up while panicky and miserable, telling her Top in great detail what a jerk he is in between bouts of giggles.

At one point my Top had me turn to face the room and let people know everything going on was consensual and in control.
(That is something I'm used to having to do.)
I was also told to keep my voice down.
(I'm used to that, too.)

I'll be back home in a few days, and then it's back to our regularly scheduled programming—and then MY NEXT BOOK RELEASE!

Email ThisBlogThis!Share to TwitterShare to FacebookShare to Pinterest
Labels: Basic Kink, Getting Personal, Kinky Stuff, The Scene
Newer Posts Older Posts Home
Subscribe to: Posts (Atom)
One Smart-Assed Masochist Wife sharing a Domestic Discipline lifestyle and running a 1950's Household with her Husband and Master.
We look very vanilla.
Don't trust what you see.
Creator and author of the Hotel Bentmoore series, available on Kindle, Nook, and in print.
Email me:
shelbycrosswriter[at]gmail.com

Click here to see books available from Barnes and Noble

Find me on Goodreads

Find me on tumblr

Find me on Fetlife